By my definition it is!

There is not a universally accepted definition of creativity. In fact, there are more than sixty different definitions in psychological literature. Is it really only problem-solving? Is it the same as innovation? Creativity is indeed mysterious. It is no wonder there is not one accepted definition. My definition is simply anything that is new and useful. By “useful” I mean a person’s creative act might only be useful to them at the time. It does not have to be useful from a commercial standpoint, which distinguishes it from innovation. 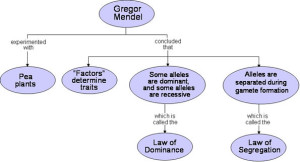 For example, the scientist and monk Gregor J. Mendel studied peas in the 1800s. He tested about 29,000 pea plants, which led him to make two generalizations or “laws” about inheritance. It was new creative work, but nobody paid much attention to it at the time. It was only useful to Mendel. His discoveries immensely pleased himself.

The significance of Mendel’s work was not recognized until the turn of the 20th century. The independent rediscovery of his “pea laws” formed the foundation of the modern science of Genetics. Who would have guessed this quiet friar growing peas at a monastery would now be revered as “the father of modern Genetics”?1

The mysterious process of creativity is at the front-end of innovation. This is likely why the two get lumped together so often. However, one can be creative without it leading to innovative success. Here is how I distinguish between the two terms:

Creativity: the capacity within individuals to develop new ideas for the purpose of solving problems and exploring/exploiting opportunities.

Innovation: the application of creativity to give rise to a new product, service or process delivering something new and better to the world.

Please note by my definition—creativity is not a team sport. It is an individual pursuit. Innovation more often involves many people to make a creative idea useful to the world. What do you think about these definitions? Do you think the two are different?

My new book is available now at: 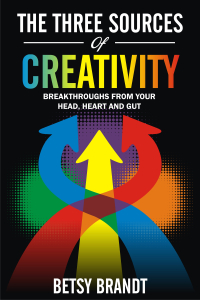