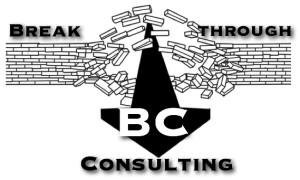 One thing science knows for sure is there is no such thing as pure left/right brain dichotomy. “Creativity does not involve a single brain region or single side of the brain.” The five-stage process (from preparation to verification) consists of many interacting brain processes (both conscious and unconscious) and emotions. Depending on the stage of the creative process, different brain regions are recruited to handle the task.

The emphasis on hemispheric dominance is a misapplied story. It shows how a grain of truth in science can get blown out of proportion into a pseudoscientific industry. You’ve heard this myth. It says the left hemisphere of the brain is strictly logical, deductive, mathematical, etc., while the right hemisphere is strictly artistic, visual, and imaginative. The idea stems at least partly from the classic studies of split-brain patients performed in the 1960s. It isn’t that simple. Google left brain/right brain and you’ll get 74 million results; an entire self-help industry grew out of applying a misconstrued understanding. It is another one of the many lingering myths about our brains.

So don’t get suckered into personality programs hawking “right brained” thinking to increase your creativity. A 2010 study published in Psychological Bulletin reviewed all the neuroscience research on creative thinking (included seventy-two experiments) and found no good evidence for the pop-culture idea of the right side of the brain being more involved in “creative thinking.” This was also true for the “divergent thinking” theory of creativity. Recent studies indicate that creativity results from the “dynamic interactions of distributed brain areas operating in large-scale networks.” This leads us back to the three centers of intelligence: doing, thinking, and feeling. Read more in my book.