“Metaphor… touches a deeper level of understanding than ‘paradigm,’ for it points to the process of learning and discovery– to those analogical leaps from the familiar to the unfamiliar which rally imagination and emotion as well as intellect.” Anne Buttimer 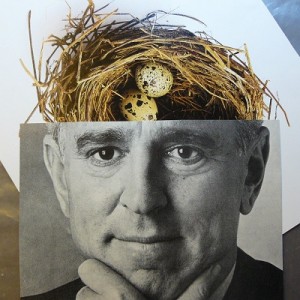 Some personalities are drawn to creativity like a moth is drawn to a hot light bulb. You’d rather burn up in the beauty of your creativity—as compulsively as the moth—than live a long life. You are at one end of the spectrum. Another may believe they don’t have a creative cell in their body, but wish they had some passion for something—like that moth. Where are you on this spectrum?

An intriguing way to tap into your creativity is with metaphor. What is a metaphor? It is a figure of speech or picture where a word, phrase or image meaning one thing, is used to describe an object or idea that is not literally applicable. Metaphors require a different way of looking at the world. They involve “trying on” fresh tactics to problems.

I recently returned from a long trip on the California coast. I dug up my metaphor, literally, and brought it home with me to replant on my porch. You see, my creativity metaphor is the common shamrock, it helps me remember there are 10,000 ways to be creative and no mutation is required. Yes, a three-leafed shamrock– no need to find that “lucky” four leafed shamrock!

The shamrock has three equal, but separate, leaves extending from one stem. The same is true of our creativity. We have three separate but equal resources to draw upon, which are the head, heart, and gut. Each is an equal center of intelligence for creative use. Since creativity emerges from three different sources it is more complex to pin down or define.  A shamrock isn’t elegant with one-leaf (one center) or two-leaves (two centers), but needs all three leaves (intelligence centers) to be its grand self.

Shamrocks grow in fertile and open ground. We can grow creativity in the fertile and open ground of our three intelligence centers—our heads, hearts and guts, or thinking/feeling/doing. For many people, creativity is a sacred concept, which is how some feel about the shamrock. It moves with the times as needed, unconsciously and quickly towards the light, then at night the leaves will fold up and go to sleep. And so it is with our three sources of creativity. They already know what to do. They are enough. The shamrock is a beautiful intersection of three leaves at a common point– this is why it is my creativity metaphor. 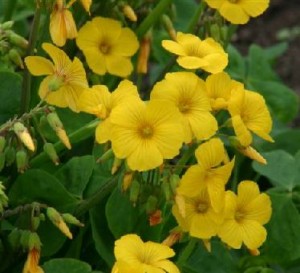 The intersection(s) of our three centers of intelligence are sources of creativity. The goal is for one center not to suffocate the other two centers, but instead to unite by creating intersections. When one allows the cross-pollination of intelligence centers, the synergy creates something entirely new. This point of union yields untapped potential. Like the shamrock, it blossoms. The fruit of its existence emerges as a new yellow arrival—a happy flower shining brightly in the sun… anywhere, anytime!

Learn more about how to develop your creativity metaphor in my book.