I’ve highlighted many diverse men’s life long creativity in my book (along with women’s). 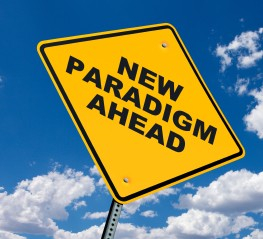 Here are three ground breaking stories highlighting women’s creativity in three different countries. One story is creativity in a business sense (China), another a political paradigm breaking case (Sweden), and a third story from my book, a pioneer American woman breaking both race and gender paradigms.

To introduce the first woman, I ask: Where are the most self-made female billionaires? Its China, did you guess right? Yes — China! One may ask how is being a billionaire related to being creative? It is probably safe to assume that most self-made billionaires—in general—are creative, especially from a business perspective. Here is some background: Historically, Chinese women were among the most oppressed in the world. They bore the brunt of child marriage, illiteracy and forced prostitution, among other evils (like foot binding!). Chairman Mao Zedong changed all that. He 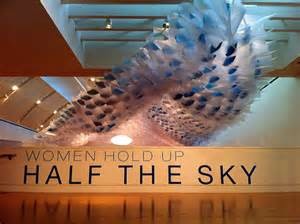 Chairman Mao keenly understood the importance of women in the future economic growth of China. He handed women equal rights and emancipation in all aspects of life — political, economic and social with his marriage laws in 1952. In a society where women were treated as the property of men for centuries, this was truly revolutionary.

“International Business Report” states that half of senior management jobs in China are held by women, far above only 20 percent in the United States. Nicholas Kristof, who lived for many years in China, writes “no country has made as much progress in improving the status of women as China has.”

An exemplar is Zhou Qunfei– The world’s richest self-made woman (Forbes). She is the founder of Lens Technology, which went public last year, and is worth $7.2 billion. Her two biggest customers are Apple and Samsung.  Lens Technology is a leading supplier of the cover glass used in laptops, tablets and mobile devices. This is no easy manufacturing task, check out how thin 0.5 millimeters is on a ruler, and you’ll understand how hard it is to create something this thin.

Even though Zhou is quite the jet setter, she is the most comfortable pacing the floor of her state-of-the-art factory, tinkering. “She’ll dip her hands into a tray of water, to determine whether the temperature is just right. She can explain the intricacies of heating glass in a potassium ion bath. When she passes a grinding machine, she is apt to ask technicians to step aside so she can take their place for a while” (NYT, 7-30-15). She exemplifies gut-based creativity.

Zhou grew up motherless and impoverished, raising pigs as her father went blind. She dropped out of school at 16 and went to live with her uncle to search for better work. She eventually landed a job in a factory making watch lenses for about $1 a day pay. She was hard working, outspoken and continually promoted in the factory until she had saved enough money to start her own–better quality–watch lens workshop. And the rest is history…

The Communist Party promotion of gender equality allowed women to flourish as capitalism was taking root. I experienced this gender equality first hand–and deep respect–for women’s talents and abilities during many business trips to China in the late 1990’s. It was truly refreshing.

Zhou’s bold gut-provoked creativity seems to have no creative boundaries in China. Now lets turn to my second story. Sweden tried for a hundred years to pass legislation making illegal the purchase of sex by men, and when new legislation was drafted and debated in 1999 this was the key issue. There was a strong sentiment that the women themselves should not be punished, since it was believed that many were improperly enticed or actually forced into prostitution. 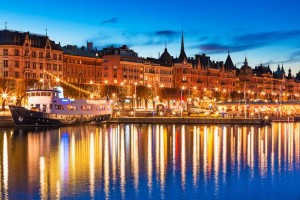 Sweden has the highest proportion of women parliamentarians in Europe (ranked #5 internationally). The final legislation the women government leaders pushed through made it illegal to buy sexual services, to act as a pimp, or to operate a brothel, but the prostitutes were not considered to be acting illegally. The number of sex workers in Sweden dropped more than 40 percent during the next five years.

The criminalisation of the purchase, but not selling, of sex was unique—and a paradigm shift— when first enacted in 1999. Since then Norway and Iceland have adopted similar legislation, both in 2009, followed by Canada in 2014 and Northern Ireland in 2015. The creative paradigm shift was to prescribe punishment for those who own and operate the brothels and control the women, as well as the male customers who provide the profit motive. There is little doubt that public exposure in a trial and a heavy fine or jail time for prominent male citizens or police officers who patronize or profit from the sex trade is extremely effective. The opposite policy still exists in the United States, where there are fifty times as many female prostitutes arrested as their male customers and handlers.

According to the Global Gender Gap report the U.S. is #28, dropping from the top 20 countries in 2015. The report ranks over 145 economies according to how well they are leveraging their female talent pool, based on economic, educational, health-based and political indicators. The ranking of U.S. women participating in government positions is #95 (2016) in comparison to other countries. Both studies highlight the significant improvement needed in U.S. gender equality areas.

Do you remember the date when women gained the right to vote? If you answered 1920 that would not be correct. It would be true for white women but not black women—who did not earn this right until 1965. My third story is highlighted in my book: Enter the 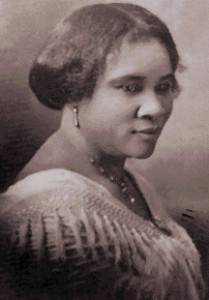 paradigm-breaking entrepreneur, Madame C.J. Walker (1867-1919). Far before she had the right to vote, she was inspired by a dream making her the FIRST American female self-made millionaire (and she was African American). She created a line of hair-care and skin products for black women. Walker was suffering from a scalp infection causing her to lose most of her hair in the 1890s. She began experimenting with patented medicines and hair-care products. Then she had an intuitive dream that solved her problems (gut center creativity). “He answered my prayer, for one night I had a dream, and in that dream a big, black man appeared to me and told me what to mix up in my hair. Some of the remedy was grown in Africa, but I sent for it, mixed it, put it on my scalp, and in a few weeks my hair was coming in faster than it had ever fallen out. I tried it on my friends; it helped them. I made up my mind to begin to sell it.” Madame Walker proves the old adage “go sleep on it”, when needing to solve a personal or work problem, is good creative advice.

One thing is for sure, it requires the stubborn efforts of both men and women working together to solve the problem of gender inequality. The more gender equality we realize, the more creative problem solving we can bring to bear on all world problems. As Mark Twain said, “What would men be without women? Scarce, sir…mighty scarce.”

What are your ideas to promote gender equality and the resultant creativity that it generates?