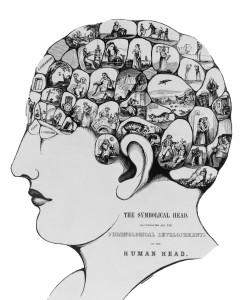 We were awed by Carli Lloyd scoring three goals— in just 16 minutes— this past summer, inspiring her team to win the World Cup against rival Japan. She was also the first woman to score a “hat trick” in a World Cup final. Did you see and feel her intense focus? What was her secret? According to Lloyd, it’s mental visualization.

She takes time for intense meditation before each game to visualize various positive scenarios. She even visualizes how many goals she will score. After Sunday’s game, Lloyd told The New York Times that she visualized scoring four goals in the World Cup Final (and she almost made that 4th one). She said that she was so in the mental zone at the start of the game that “I feel like I blacked out for the first 30 minutes or so.” After the game she said she was not physically exhausted, but mentally exhausted.

Besides curiosity, our head center intelligence is powerful in visual thinking, another fruit paramount to our creativity. Athletes, businesspersons, and artists use a futuristic creative visualization. The Oxford dictionary defines visualize as “to form a mental image of, imagine; Example, it is not easy to visualize the future.”

It may not be easy to visualize the future, but this practice has been sharpened and polished for decades. Creative visualization seeks to influence ultimate outcomes by disciplining one’s thoughts, rehearsals, and expectations. It is frequently used to enhance performance. We use our imagination to visualize specific behaviors or events occurring in our life before they actually occur. This means creating a detailed plan, a mental pattern, of what we specifically desire. Then we visualize it over and over again with all of our senses. What do you see? Hear? Touch? Taste? Smell?

Other famous people have endorsed the use of creative visualization and claim it was significant to their success. Arnold Schwarzenegger says, “When I was very young I visualized myself being and having what it was I wanted… Before I won my first Mr. Universe title, I walked around the tournament like I owned it. The title was already mine. I had won it so many times in my mind that there was no doubt I would win it.” In 1987 actor Jim Carrey wrote himself a check for ten million dollars. He dated it Thanksgiving 1995 and added the notation, “For acting services rendered.” He visualized it for eight years and in 1994 he received $10 million for his role in the movie Dumb and Dumber.

Thank you for reading my post. I am an organizational and business consultant living in the mountains of Santa Fe, New Mexico with my husband and dogs. I enjoy hiking and high desert gardening. My core message of everyone is creative resonates with people of all ages and walks of life. I invite all to become the best version of themselves and find true meaning by pursing long term creative quests.

Read more in my new book: The Three Sources of Creativity: Breakthroughs from Your Head, Heart and Gut